If you'd like to check the availability on any given date, check the calendar below.
Mountain Gadget - Madeira IslandEnduro & Off-road Dirt Bike Tours 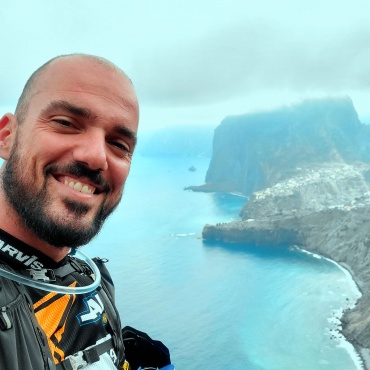 Born and raised in Madeira, this young man has dirt-bikes in his DNA. João got his first motorcycle as a Christmas gift from his parents when he was only 9. The learning curve was exponential, and on that same day he was already riding his Yamaha PW80 around the neighborhood.
Soon the passion for riding was channeled to the tracks where he started racing motocross at the age of 10, in the local motocross championship, and has been riding ever since!

His background comes mainly from Motocross, and he has also raced in the Off-Road and Cross Country Championship of Madeira, which made him grow as a rider and as a local who knows the hills and mountains of the Island. Even though João has only raced as a hobby, he has won a few races and a few titles including Madeiras’ Cross-Country Champion (2014) and Madeiras’ Motocross MX2 Vice-Champion (2015). João also happens to be very patient and has a great deal of experience that he shares enthusiastically with those who are starting out, so you’re in luck if you are a beginner! 🙂

Bikes and classes he’s raced with:

2nd Round of the Madeira Motocross Championship 2021

Talk to us on WhatsApp